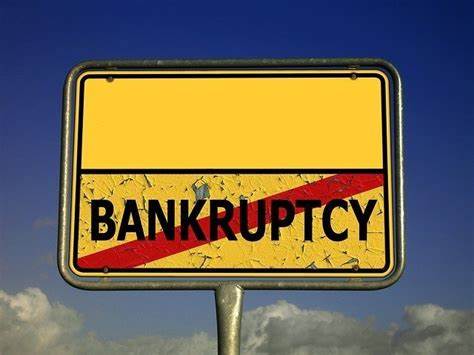 The development of the world economy, including in the Southeast Asian region and in member countries of the Association of Southeast Asian Nations (Asean), resulted in the decreasing boundaries between countries in carrying out economic activities. It facilitates business actors to conduct cross-country transactions in expanding their businesses.

One of potential problems from these activities is financial problems that may lead to bankruptcy. This problem becomes complex when the debtor is bankrupt and has assets located in a number of countries.

Bankruptcy, which comes from the French “Failite” for congestion, is a process by which a debtor has financial difficulties to pay his debts to his creditors. After going through the court process and declared bankrupt by the decision of the Commercial Court, the debtor’s property can be distributed to the creditors in accordance with the applicable laws and regulations.

In Indonesia insolvency is regulated in Law No. 37/2004 on Bankruptcy and Suspension of Debt Payments Obligation (PKPU). Article 1 paragraph (1) of the Law states that “Bankruptcy is a general confiscation of all the wealth of the Bankruptcy Debtor whose management and settlement is carried out by the Curator under the supervision of the Supervisory Judge as stipulated in the Law”.

Article 21 of the Law states that “Bankruptcy covers the entire wealth of the Debtor at the time the verdict of the bankruptcy statement is pronounced as well as everything obtained during bankruptcy”.

Law No. 37/2004 is the legal basis for resolving disputes between debtors and creditors related to debt problems, mainly the debtor’s failure to pay his debts to more than one creditor. As a consequence of the bankruptcy decision, the court appoints a receiver to manage the debtor’s assets and sell them through the state auction house or private sale.

Problem may occur if it involves the debtor’s  assets  located outside a country where the bankruptcy decision is declared. It creates problems for the receiver/receivers to manage such assets, which are located  in more than one jurisdiction or better known as cross-border insolvency.

Basically cross-border insolvency occurs when the debtor’s assets or debts  are located in more than one country, or if the debtor includes the jurisdiction of the courts of two or more countries.

Law No. 37 /2004 regulates about the general confiscation of  the asset of bankrupt debtors located outside the territory of Indonesia. In addition, Article 212 of the Law stipulates that if a creditor who does not have the right to take precedence, after the decision to declare bankruptcy is pronounced, the creditor will take full or part of the receivables from the assets included in bankruptcy located outside the jurisdiction of Indonesia.

But in practice, carrying out public confiscation or execution of property located outside the jurisdiction of Indonesia is non-binding.

The Problem of Execution of Bankruptcy Property in Cross-Border Insolvency

Cross-border insolvency can never be separated from problems in various cases of bankruptcy, especially those that cross the jurisdiction of a country. Problems often faced in the execution process cannot be separated from the recognition and enforcement of the court or judge’s decision on bankruptcy.

Article 436 Rv of Reglement Op De Burgelijke Rechtsvordering states that except in the cases specified by Article 724 of the Code of Trade Law, no decision can be made by foreign judges or foreign courts within the jurisdiction of Indonesia.

This confirms that the enforceability of the court’s decision as determined by Article 431 Rv as follow:

By referring to Article 431 Rv, the author believes that the receiver can not execute the debtor’s assets outside the jurisdiction of  Indonesia. Implementing foreign court rulings on Indonesian jurisdiction is considered a violation of the principle of Indonesia as an independent and sovereign country. This is due to the enactment of the principle of territoriality adopted by Indonesia, which requires that foreign court decisions, cannot be directly implemented in other regions on its own power.

Settlement of cross-border insolvency cases previously not stated in agreements on receivable debts, which include dispute resolution, can be done in several ways, namely court proceedings, bilateral agreements, diplomatic relations, or the UNCITRAL Model Law on Cross Border Insolvency with Guide to Enactment. If it is going to be settled through the court proceedings,  a country must submit a bankruptcy ruling that is decided by the state to the country where the bankruptcy estate is located and undergo a more complicated process more complicated if  the case involves countries that have different legal systems.

Bilateral agreements between Indonesia and other countries facilitate the settlement of the problem of the execution of debtor’s insolvent assets located outside the jurisdiction of Indonesia  because the existing bankruptcy law does not facilitate the authority to reach debtor assets abroad.