The Importance of Protecting Trade Secret for Business Actors in Indonesia 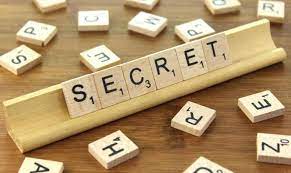 The right to protect important information is regulated in the Trade-Related Aspects of Intellectual Property Rights (TRIPs), a multilateral agreement on intellectual property issued by the World Trade Organization (WTO).

Article 39. paragraph 2  of the TRIPs stipulates that

Natural and legal persons shall have the possibility of preventing information lawfully within their control from being disclosed to, acquired by, or used by others without their consent in a manner contrary to honest commercial practices so long as such information:

(a) is secret in the sense that it is not, as a body or in the precise configuration and assembly of its components, generally known among or readily accessible to persons within the circles that normally deal with the kind of information in question;

(b) has commercial value because it is secret; and

(c) has been subject to reasonable steps under the circumstances, by the person lawfully in control of the information, to keep it secret.

In addition to the TRIPs, Indonesia has laws and regulations that protect information, namely Law No. 30/2000 on Trade Secrets.

Trade Secrets are information that is not known by the public in the field of technology and/or business, has economic value because it is useful in business activities, and is kept confidential by the owner of the Trade Secret.

Since a trade secret does not require any registration, the validity of its protection does not have a specific period of time. Protection will end if the public already knows information related to the trade confidentiality. Therefore, the protection applies as long as the confidential nature of the secret is preserved.

Distinctive taste is very important in business. It is a characteristic that attracts and draws consumers to buy the product. The absence of competitors producing a product with the same taste is an advantage for the business actor that initially produce the product with distintive taste. .

Law No. 30/2000 regulates the mechanism for resolving trade secret disputes in Articles 11 and 12 as follows:

(1) The holder of the right to trade secret or the licensee may sue anyone who intentionally and without rights commits an act as referred to in Article 4, in the form of;

In addition to the settlement of the lawsuit as referred to in Article 11, the parties may resolve the dispute through arbitration or alternative dispute resolution.

Based on the law above, the settlement of trade secret disputes can be done through a district court or through arbitration.

In the first case, PT General Food Industries Bandung disputed  three of its employees, who brought the company’s trade secrets to their new employers, namely PT Bumi Tangerang Mesindotama. The court ruled that the three former employees were responsible for leaking the trade secrets of PT General Food Industries Bandung and were sanctioned under Law No. 30/2000.

However, the Supreme Court (MA) overturned the verdict and sentenced instead PT General Food to pay compensation to its former employees.

The two cases above demonstrate that business actors must protect their trade secrets to prevent possible dispute that must be settled in court.  Maintaining trade confidentiality is crucial as it relates heavily to profit-making.