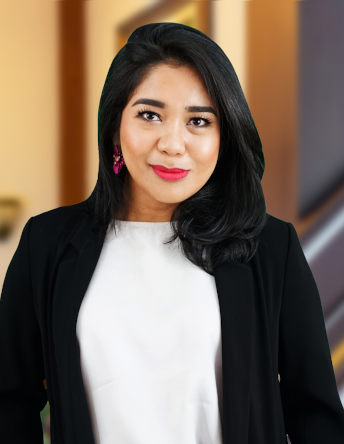 dita@siplawfirm.id
Dita Nadya Chaidir, also known as Dita, is Associate of SIP Law Firm specializing in criminal,restructuring and bankruptcy cases. Fearless, brave and tough are strong principles of her life. There’s no such a thing as doubt and fear to develop her career as a lawyer.
Download CV
Experience & Expertise
Dita started her career as a junior associate at Juniver Girsang & Partners Law Firm in late 2012, right after she graduated from law school, and admitted to practice in early 2016. After she’s officially an Advocate, she made her own law firm with her friends, with her speciality in criminal cases from her previous work, and restructuring and bankruptcy cases. By the time she gained her expertise in Bankruptcy Law as she began to handle some bankruptcy cases as a Administrator and/or Receiver in 2019. Before she joins SIP, she’s handling some bankruptcy cases as a Receiver. Since joining SIP in 2022, she’s involved in corporate commercial practice group. Dita always put her best performance for clients by her best communication skill and sharp analizing.
In addition, she’s also a traditional dancer. She joined and represented Indonesia at some Internasional Dance Festival in USA, some countries in Europe and Asia.

Information is not available