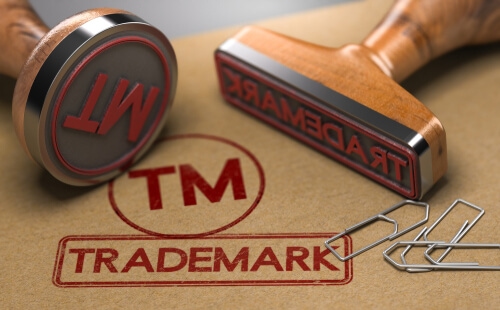 Every human movement relates to various objects produced to meet human needs. Each of these objects generally has a “self-identity” as an identifier. This identity is  generally known as “brand”.

In Intellectual Property Rights (IPR),  registered brand is understood as trademark.  Trademark is part of IPR, which falls within broader Industrial Property Rights. These rights cover intangible assets referring to assets deemed valuable that are not capable of being perceived by the sense of touch.  Hence, intangible IPR.

Trademarks have values and can be controlled by their owners. In Indonesia, a trademark is a material right regulated in the Civil Code Book II on Objects (Benda).

In the comparative system of Civil Law, the stipulations on Materials (Kebendaan) are included in the Property Law consisting of the Law on Absolute Property and the Law on Relative Property. The Law of Objects is an absolute property law because it adheres to the object and is subject to protection.

These principles make a trademark, or other part of IPR, object to be collateral rights, which can be used as collateral to pay off debts.

If one type of products is widely known by the public, it can be expected that other products produced by the same producer will be on top the market’s minds as well. Therefore, brands or trademarks are deemed valuable by their owners,

What’s important is that a brand or trademark can be used as an object of collateral rights because it is valuable and intangible material rights.

However, questions remain when it comes to IPR, especially trademarks, as objects of guarantee.  Some lingering questions are: which guarantee law is appropriate, how to assess how much a trademark can be priced, how it is implemented, whether it is binding on third parties who hold licenses and so on.

To determine the right form of guarantee for the brand, we need to re-examine the meaning of brand. The terminology of brand is originated from the word brandr, which means “to burn”. In the past, the Vikings put burn marks on their animals as a form of ownership.

There are several different definitions of brand. According to the American Marketing Association (AMA), a brand is ” a name  term, sign, symbol, or design, or a combination of them, intended to identify the goods and service of one seller or group of seller and to differentiate them from those of competition” (Keller 2008: 2). According to Keller (2008), the AMA’s definition of brand – a company’s ability to choose a name, logo, symbol, package design or other attribute that can identify a product so as to differentiate it from its competitors — only refers to some  elements of brand.

According to Wheeler (2006:5), “a brand is the nucleus of sales and marketing activities, generating increased awareness and loyalty, when managed strategically“.

Keller (2008: 5) argues that a brand is more than just a product because it has a dimension that differentiates it from other similar products. The differences of such products can be rational and tangible or  symbolic, emotional, and intangible.

Based on the definitions above, a brand serves to identify a producer or company that produces a particular product that distinguishes it from other producers or companies that have different values ​​for each brand. Brand can be in the form of a logo, name,  a registered brand or trademark, or a combination of these forms.

Article 1 Paragraph 1 of Law No. 20/2016 on Trademarks and Geographical Indications defines a trademark as a sign that can be displayed graphically in the form of an image, logo, name, word, letter, number, color arrangement, in the form of two dimensions and/or three dimensions, sound, hologram, or a combination of two or more of these elements to distinguish goods and/or services produced by persons or legal entities in the activities of trading goods and/or services.

In short, a brand can be just an image, just a word, just a letter, just a number or a combination of these elements.

For its owner, a trademark – registered brand – is an intangible asset, meaning that is is valuable but can not be touched or sensed. Based on Article 499 of the Civil Code, objects are anything that is an object of property rights.

Trademark is part of IPR, which is defined as an ownership right to a human work  born from the results of a person’s unique thoughts and abilities. The results of this work are owned by the producer of the work. The results of human thought have a certain value according to their produced qualities, meaning that they  can be very valuable or merely mediocre.

In the case of a trademark, the trademark rights is in the control of the debtor while the creditor holds the  Deed of Fiduciary  Guarantee of the trademark.

The rules employ several approaches in measuring the value of an intangible asset. For trademark, some basis of the measurement include the number of sales, the period of protection, assets owned, as well as good will, which refers to a prediction of the value of assets in the future.