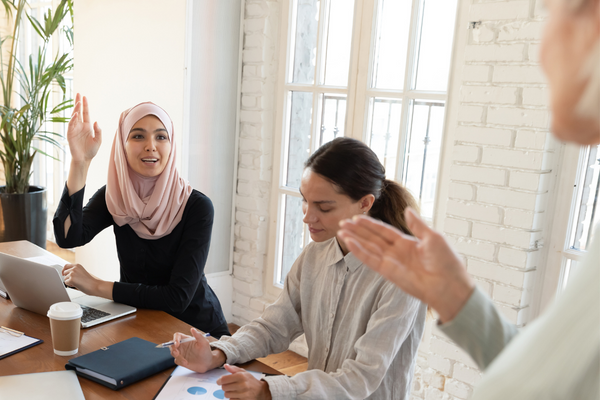 Despite the stipulation of equality before the law in the 1945 Constitution, Indonesia is home to patriarchal society. Patriarchy refers to social construction that places men in a higher and more dominant position than women.

Patriarchy in the workplace is not new. It is not uncommon that female workers are positioned  weaker than that of their male counterparts , making it difficult for the women to climb the career ladder to reach a decision-making position.

Patriarchy in the workplace not only facilitates discrimination against working women, but also sexual violence. The act of sexual violence constitutes humiliation and intimidation of women, which can involve manipulation of the law.

This article discusses a legal review of  sexual violence against female workers in the work place in accordance with Law No. 12/2022 on Crimes of Sexual Violence and the theory of moral development in humans of Kohl Berg, a psychologist and moralist from America.

The Nature of Human as Social Being in Fulfilling Basic Needs

Human as social being need other people to develop themselves. An effort to grow, work brings human to deal with other free individuals. It eventually creates a community or a group that involves the lives of many people. The workplace requires a conducive situation to achieve common goals by creating a moral code of conduct.

Therefore, the moral code of conduct is the principle of a community or a group to achieve a common goal. However, these moral rules can change over time according to the context and situation that occurs. These changes are influenced by changes in human behavior.

According to Berg’s concept of moral reasoning, controlling changes in human behavior develops from an external control process to internal behavior control. Berg divides the six stages of moral reasoning into three levels, as follows;

1, pre-conventional reasoning, in which individuals interpret the good and the bad of an external punishment

2. conventional reasoning, in which individuals impose certain standards, but these standards are set by others;

3. post-conventional reasoning, in which individuals are aware of alternative moral paths, explore options and then decide based on personal codes.

The stage of human moral development aims at shaping  a person’s behavior to be more dignified. Thus, conducive situations and conditions are created among individuals to respect each other’s freedom.

As a country, the Indonesian government regulates people’s behavior through law, including Law No. 13/2003 on Manpower.  The law protects workers  to get a safe working environment.

Protection of workers as the backbone of the company is the most important thing. Article 86 Law No. 13/2003 stipulates the rights that must be given by companies to workers :

“(1) Every worker or laborer has the right to obtain protection for: occupational safety and health, morals and decency, and treatment that is in accordance with human dignity and values ​​and religious values”

Protection of Occupational Health and Safety is an effort to create a healthy and safe work environment to reduce the probability of a work accident, both physically and non-physically. Protection of Occupational Health and Safety can be interpreted that every worker has the right to get a safe atmosphere and health insurance in the work environment.

A study found that work accidents were caused by the presence of unsafe behavior by 88 percent and unsafe environmental conditions by 10 percent.  Both of unsafe behavior ad unsafe environmental conditions can occur simultaneously. Decision makers in a workplace prevent work accident on the basis of true humanity. They do so to relieve as much pain as possible from the accident and the effect it has on the workers’ families.

Human as free individuals need to get protection morally and to maintain their dignity. This protection of human dignity refers to gender equality.

Cases of sexual harassment at work like this case are a type of criminal act of sexual violence ,which refers to non-physical sexual harassment; are statements, gestures or activities that are inappropriate and suggestive of sexuality with the aim of demeaning a person.

This crime is specifically stipulated in Article 4 paragraph 1 letter a and Article 5 of Law No. 12/2022. This law is an effort and commitment by  Indonesia to eliminate all forms of torture and treatment that degrades human dignity.

In addition, this form of sexual violence is a violation of human rights. Article 1 number 18 of the law states that protection refers to all efforts to fulfill rights and provide assistance to provide a sense of security to witnesses and/or victims that must be carried out by the Witness and Victim Protection Agency (LPSK) or other institutions in accordance with statutory provisions.

Article 7 paragraph (1) of Law No. 12 Year 2022 guarantees r victims of non-physical sexual harassment to file a report about this action to the authorities as a complaint offense.

Perpetrators of sexual violence, who are power holders, often think that the acts of sexual violence against their workers are something common or normal. The habit of normalizing this problem can be seen in the incidents of verbal harassment and indecent treatment under the disguise of a joke.

From a psychological aspect, this phenomenon can harm human dignity because it creates a feeling of fear to the victim. The victim’s act to choose silent reflects an attitude of fear due to threats to her position  a subordinate. This problem is an ordinary event that creates habits and demeans human dignity.

Maintaining one’s morals and dignity is an obligation of  all parties, including supervisors or decision makers in the workplace.

Perpetrators of acts of sexual violence in the workplace considered to offend human dignity shall be dismissed or dismissed from their jobs. In addition, companies must facilitate workers who become victims and hold the perpetrators accountable legally.