Information and Legal Protection for Investors in the Capital Market 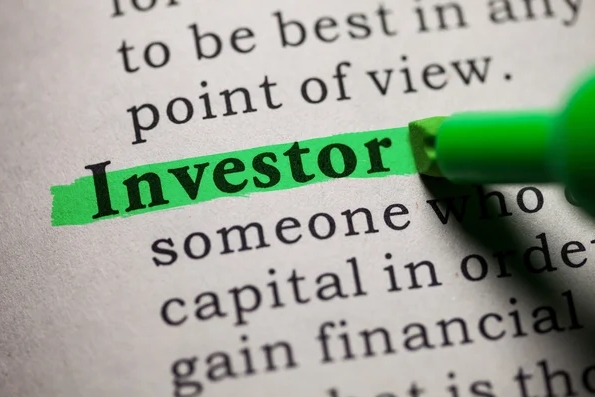 The  capital market  industry is developing very rapidly and has an important role for the business world  and the development of the country’s economy. The capital market is now known as a profitable place to invest, both in the short and long term.

People who make transactions in the  capital market industry are known as investors.  They require legal protection from unscrupulous elements in the market.

Although investor protection has already been regulated in Indonesia, there are still cases related to company information as well as financial and management data reports that harm investors in the capital market.

PT Garuda Indonesia (Persero) Tbk, for example, has involved in a financial scandal case related to fraudulent financial data reports or fraud with the type of Fraudulent Statements.  In that particular case, there was a discrepancy in the 2018  annual financial statements. The discrepancy found was the manipulated financial statements in such a way that their performance appeared well by recording a net profit of US$ 809 thousand or around Rp 11.33 billion.

A company commits fraud in financial statements by doing, telling to do, participating in direct or indirect actions  to deceive, deceive  other  parties by using any means or means as stipulated in Article 90 letter a and b of the Capital Market Law. If the act has a detrimental impact on investors who buy the company’s shares and affect shares on the Indonesia Stock Exchange  (IDX), it is considered a crime punishable by a maximum prison sentence of 10  years and a maximum fine of Rp 15 billion as stipulated in Article 104 of the Capital Market Law.

In addition to PT Garuda Indonesia (Persero) Tbk.,  there was a  case of financial statements manipulation carried out by PT Tiga Pilar Sejahtera Food Tbk in  2017.  The manipulation of financial statements  was carried out by two former directors of PT Tiga Pilar Sejahtera Food Tbk, namely Joko Mogoginta and Budhi Istanto.  Both were  found guilty and sentenced to imprisonment for 4 (four) years each  and a fine of Rp 2 billion each and additional 3 (three) months in prison.

The financial statements manipulation was in the form of listing six  privately owned companies of the former Directors of PT Tiga Pilar Sejahtera Food Tbk as a third party and  the overstatement of receivables from  six of these companies in the  2017  financial  statements. As a result, these actions damaged the interests of the investors and disrupted the protection for capital market investors.

Manipulation of  financial statements in this case is a violation of Article 93 of the  Capital Market Law, which prohibits any party from  making statements or providing material information that is untrue or misleading or not careful enough in determining the material truth of the statement or description so as to affect the  price of securities on the IDX.

Such violation that damage the interests of investors who buy the company’s shares and affect shares on the IDX is punishable by a maximum imprisonment of 10 years and a maximum  fine of Rp 15 billion as stipulated in Article 104 of the Capital Market Law.

The two cases above indicate the need for more efforts for investor  protection by ensuring the implementation of  company information disclosure in conjunction with financial and management data reports.

In Indonesia, institutions that have the authority to provide protection and supervision of capital market  activities are the Financial Services  Authority (OJK) and the IDX.

The main task  of the OJK is to ensure the implementation of the Capital Market Law by all capital market  participants. For this reason, OJK has established several regulations that prioritize the  rights for investors in transacting on the  stock exchange floor by optimizing monitoring activities for stock exchange  activities, especially for those responsible for the  protection of investors.

IDX as the  stock exchange  supervisory authority is also committed  to  providing protection for investors by forming a business entity called PT Penyelenggara Program Perlindungan Investor Efek Indonesia (P3IEI).  This business entity  is a mandate from the Financial Services  Authority (POJK) Regulation No. 49 / POJK.04 / 2016 on the Investor Protection Fund and POJK No. 50 / POJK.04 / 2016 on the Organizer of  the Financier Protection Fund.

However, this facility from the DPP does not apply to investors meeting one or more of the following criteria:
a.  has involved or caused the Financier’s Assets to be lost;
b.  is the controlling  shareholder, director, commissioner, or officer one level below the  custodian director; and/or
c.  is an Affiliate  of these parties in numbers 1 and 2.