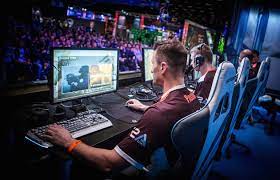 Video games are not only seen as merely a play, but also a competition involving professional athletes and prizes worth hundreds of millions of US Dollars. These video games are now known as esports, which is a short of electronic sports.

Indonesia has been engaging with esports  in many regional and international level championships such as the South East Asian Games (SEA Games). However, it is interesting to understand further on how the laws and regulations regulate esports in the country.

In contrast to Law 11/2022, the Indonesian Esports Executive Board (PBESI) as the parent organization of Esports sports in the country explicitly define “esports”. PBESI Regulation No. 034/2021 on  the Implementation of Esports Activities in Indonesia  defines esports as a competitive and professional sport competed in games that are nationally recognized by PBESI.

PBESI Regulation No. 034/ 2021 classifies esports team as professional and amateur.

Professional esports team refers to an esports team conducting business activities by investing, having the status of a limited liability company and fulfilling the requirements in terms of administration and performance in Indonesia.

c. the Workers Social Security Agency (BPJS Ketenagakerjaan);
d. domestic and international health insurance and travel insurance ;
e. share of profits from the display or publication of image rights; and
f. granting approval in connection with the buyout and transfer clauses in the employment contract, including approval of the termination of employment.