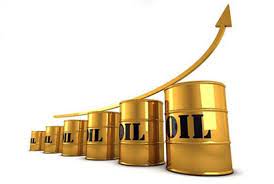 The price of cooking oil has been rising dramatically. The price increase has started seen since October 2021. Simultaneously, producers unanimously increase prices under the pretext of adjusting to the price of crude palm oil (CPO) in the global market.

As a result, the price of cooking oil in the country is uncontrollable and causes scarcity. Ironically, this event occurred in Indonesia,  the biggest  crude palm oil producer in the world.

There are a number of factors that cause the decline in crude palm oil production in the country, including weather disturbances, fertilizer limitations, and lack of labor. On the other hand, there is a trend of surge in CPO demand. The Indonesian Palm Oil Entrepreneurs Association (GAPKI) recorded an increase in domestic palm oil consumption in 2021 reaching 18.422 million tons or 6 percent higher than the previous year 2020 of 17.349 million tons.

To overcome this, the government through the Ministry of Trade implemented the Domestic Market Obligation (DMO) policy stipulated in the Minister of Trade Regulation No. 170 of 2022 on the Determination of Amounts for the Distribution of Domestic Needs (DMO) and Domestic Price Obligation (DPO) which was effective from March 10, 2022.

At the same time, the government through the Ministry of Trade set the Highest Retail Price (HET) for bulk cooking oil of Rp.14,000 (around USD 1) per liter.

But the move seems less effective in lowering the price of cooking oil because it is not obeyed by business actors. This condition is exacerbated by the moves of distributors, who take the opportunity by hoarding cooking oil and practicing tying-in and bundling or conditional purchases as well as re-packing bulk cooking oil into packaged cooking oil in hopes of reaping greater profits.

The practice of tying-in and bundling is prohibited in unhealthy or antitrust anticompetitive laws. This action is subject to penalties in antitrust law.

Tying-in practice is an effort made by the seller that requires consumers to buy a second product when they buy the first product, or at least the consumer agrees not to buy the second product elsewhere. Bundling practice  is an effort to sell a variety of products in one package.

The Anti-Corruption Society (MAKI), a non-governmental organization, reported nine large companies of Sumatran CPO exporters to the Competition Supervisory Commission (KPPU) regarding allegations of massive export of cooking oil manipulation that caused the scarcity. This anti-corruption NGO estimates that the total export activity is worth Rp.1.1 trillion.

The allegations were reinforced by the KPPU statement stating that there are eight companies that control 70 percent of the cooking oil market share. This cartel practice is alleged to have violated Law No. 5 of 1999 concerning Prohibition of Monopolistic Practices and Unfair Business Competition.

Since starting the investigation on January 26, 2022, the KPPU found one piece of evidence so that its status was upgraded to the Investigation stage. Based on press release No.17.KPPU-PR/III/2022, at least alleged violations were found regulated by Article 5 on Pricing, Article 11 on Cartels, and Article 19 letter c on Market Control through Restrictions on the Circulation of Goods /Services.

The Prohibition of Pricing Agreements is defined in Article 5 of the Law as a prohibition for business actors to make agreements with their competitors to set prices for goods that must be paid by consumers.

Cartel is a prohibition of agreements between business actors and their competitors that can influence prices by regulating the production and / or marketing of goods as Article 11 of the Law.

Finally, prohibition of market control activities based on Article 19 of the Law by one business actor or the business actor with other business actors in the form of restrictions on the circulation and/or sale of goods / services in the market involved.

In addition to the main criminal charges, based on Article 49 of the Law, KPPU can also impose additional criminal charges in the form of revocation of business licenses, or termination of activities that cause harm to other parties.

KPPU’s decision to begin an examination of the alleged practices of the cooking oil cartel is a tangible manifestation of KPPU’s role as one of the independent institutions specifically formed to combat the prohibition of monopolistic practices and unfair business competition in Indonesia. As for the examination, KPPU must be careful in implementing KPPU guidelines, especially related to cartels and pricing.

Furthermore, we are waiting for the KPPU’s action and seriousness in fighting the cooking oil cartel that has caused misery to the community. The people can take part in combating the practice by monitoring the processes that are being carried out by the KPPU, at the very least.