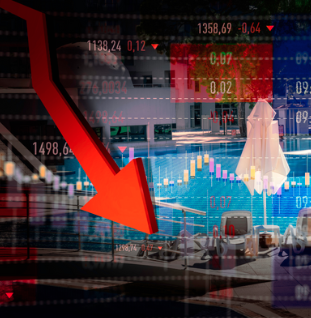 Getting business loans from creditors is a common practice in business. A company does this to increase its business capital or to maintain its business afloat.

Despite the loan support, the company’s business may still not be able to grow as expected or continue to suffer financial problems. Under these conditions, the company will have to face increasing debt burden. Usually, the company will make efforts to pay off its debts.

Law No. 37/2004 on Bankruptcy and Suspension of Debt Payment Obligations (PKPU) offers a solution to such problem.

If the debt is due and the company is unable to fulfill its obligations, it is able to apply for a PKPU or a bankruptcy. The application of a PKPU or  a bankruptcy can be submitted voluntarily by the company or by one of its creditors.

Article 1 Paragraph 1 of Law No. 37/2004 stipulates that bankruptcy is a general confiscation of all assets of a bankrupt debtor, whose management and settlement is carried out by receiver/receivers under a supervisory judge as regulated by law.

Bankruptcy is subject to termination, which can be done through several alternatives based on Law No. 37 of 2004, namely:

“Bankrupt debtors have the right to offer a settlement to all creditors”.

The reconciliation plan will be accepted if it is approved by half of the number of creditors present at the meeting, which must be attended by at least 2/3 of the number of concurrent creditors through a voting mechanism. If the reconciliation plan is rejected or unaccepted, or the settlement plan is rejected based on a final and binding legal decision, then the bankrupt debtor’s assets is in a state of insolvency in accordance with Article 178 paragraph 1 of Law No. 37/004.

If the reconciliation or settlement plan is rejected, the bankrupt debtor cannot offer such moves again in the bankruptcy process.  This also applies to debtors declared bankrupt as a result of the reconciliation plan that was rejected during the PKPU period. This process is upheld by the Circular Letter of the Supreme Court No. 5/ 2021, in the section on the formulation of the Special Civil Code, number 2 letter a, which stipulates;

Following the insolvency, the Receiver/Receivers can take action of the settlement of bankrupt debtor’s assets, namely;

If all bankrupt debtor’s assets have been sold, or all creditors have received their receivables as agreed, the bankruptcy is declared over.

Article 196 paragraph 1 of Law No. 37/2004 stipulates that  the receiver/receivers or any creditor may file an appeal against a court decision. The appeal can be done through a cassation or  a judicial review.

This effort can be taken if there are parties who are not satisfied with the results of a lower court’s decisions.  If the bankruptcy decision is canceled by an appeal court, either through a cassation and/or judicial review, the bankruptcy terminates.

Prior to ordering the termination of the bankruptcy, the Commercial Court determines the bankruptcy fees and receiver/receivers fees charged to the debtor. The payment must made before the payment of others debts that are not secured by collateral.

The decision for the revocation of the bankruptcy declaration shall be announced by the court clerk in the State Gazette of the Republic of Indonesia in two daily newspapers, at the very least. The decision to revoke the declaration of bankruptcy can be appealed for cassation and/or judicial review.