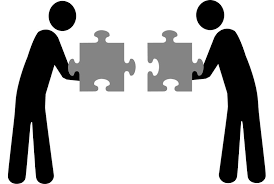 In 2021, the government through the Ministry of State-Owned Enterprises (SOEs) merged Perum Perikanan Indonesia (Perum Perindo, a state-owned public company) with PT Perikanan Nusantara (PT Perinus, a limited liabilities company). Based on the prevailing laws and regulations, the process of merging the two companies cannot be done without taking into account the legal entity form of the two corporate entities.

Both Perum Perindo and PT Perinus are SOEs. The process of merging the two SOEs is subject to the provisions of Government Regulation No. 43/2005 on Merger, Consolidation, Acquisition, and Changes in the Form of BUMN Legal Entities.

The definition of the merger of the two SOEs is regulated in Article 1 number 4 of Government Regulation No. 43/ 2005. Merger refers to a legal act carried out by one or more SOEs to merge with other existing SOEs.

Article 5 letter a Government Regulation No. 43/ 2005 regulates the conditions for the merger, consolidation and takeover of SOEs. Based on these provisions, the merger or merger scheme can only be achieved by a state-owned public company with another state-owned public company or between a limited liabilities company and another limited liabilities company.

Therefore, before Perum Perindo merged with PT Perinus, the legal entity form of Perum Perindo must be changed to a limited liability company in order to comply with the provisions of the article above.

There are three things that must be considered for the success of the merger transaction, namely changing the legal entity status of a state-owned public company to a limited liabilities company, approval of creditors and approval of the General Meeting of Shareholders (GMS).

The procedure for changing the form of a state-owned public company legal entity is as follows:

Article 39 of Government Regulation No. 43/2005 provides a legal umbrella for Perum’s creditors to file objections to the plan to change the form of Perum’s legal entity to a Persero within 14 days after the announcement of the change plan is announced in the newspapers.

Article 127 paragraph (4) of Law No. 40/2007 on Limited Liability Companies provides a legal umbrella for creditors to file objections to the proposed merger. This objection can be filed within 14 days after the announcement of the merger plan is published in newspapers.

No less important in the merger process is the resolution of problems with creditors. If there are objections from creditors, the process of changing the form of a state-owned public company’s legal entity and the merger transaction cannot be done or the merger plan will fail.

It is recommended that prior to the process of changing the form of the legal entity, the company must prepare a debt settlement scheme and a reconciliation plan to creditors in order to mitigate the risk of failed merger transactions.

Article 127 paragraph (1) of Law No. 40/2007 stipulates that in conducting a merger transaction, a limited liabilities company must obtain approval from each of its GMS. Article 89 of Law No. 40/2007 states that the decision of the GMS on a merger transaction is considered valid if it is achieved based on deliberation for consensus and fulfills a quorum.

Article 62 paragraph (1) letter c of Law No. 40/2007 stipualtes that if the shareholders reject the proposed merger, the shareholders have the right to request the company for a buyback of their share ownership.

The signing of the Deed of Merger is a form of follow-up to the issuance of Government Regulation No. 99/2021 on the Merger of PT Perikanan Nusantara into PT Perikanan Indonesia which was approved by President Joko Widodo on September 15, 2021.